My favorite thing about the make up community that it is creative, dynamic and filled with beautiful people who don’t give a $(%*.  Expression is in everything they do, they way the move, the things they say and the way they live.  Artist are not defined by what they do but who they are. They live an artful life.  That is why I am so drawn to being around them. That’s why their energy makes me so happy. It was buzzing at the Metropolitan Pavilion on this rainy Sunday.

I wore a faux turban, OCC LipTar in Lo-Fi, Make Up For Ever Flash Palette Silver, Lashes from Nigels and Inglot Cream Eyeliner in Black. If the screen was scratch and sniff, you will know I wore Harajuku Sunshine Cuties in Gwen.

I love these 2 girls! Check her J.Campbells. Love love love

Ran into Melissa Shum of CoverFX

Girls just love to have fun

A leopard cannot change its spots! Thanks @xotic_eyes

The boys of Signature Hits Mag 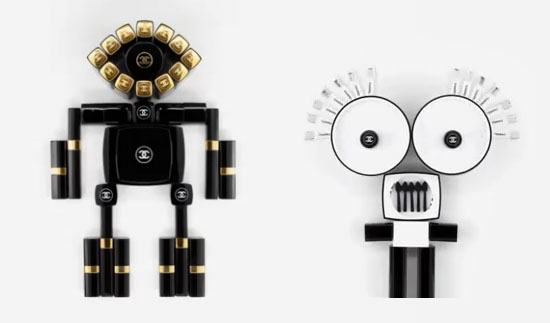 With the past few weeks being so hectic, I’ve just realized that we’ve still yet to post this amazing video!!!

U-ology101’s Jesse Jones & Rap City’s T-RexXx are good friends of HeyDoYou.com who sat down together for the first of U-ology101’s new motivational web series called ‘Conversations’. “One Setting. Two Minds. Great Conversation”. While the video completely speaks for itself, I will include how completely refreshing this was to have successful young minds in our city come together to encourage and motivate others. I love the entire idea of this concept, was so excited months ago when Jesse first told me of his new independent ventures, and am amonst those who have been motivated by this launch. Look out for upcoming segmentsof Conversations and in the meantime, press ‘play’. xo.

We have a guestblogger from BodyNoise for the month of May for Sentimental Sundays. Give us your feedback and tell Amanda your two cents about love, lust and life.

We’ve all been through it. There’s always that one girl that takes your man for a night, a week, or for life. It’s almost so common that we don’t even think much about it anymore. But does that mean it’s okay?

Take Blair Waldorf (aka Leighton Meester) on Gossip Girl hooking up with not-so-lonely boy Dan Humphrey! I personally think they’re adorable together and I haven’t been much of a fan for Serena Van Der Woodsen (aka Blake Lively)’s flaky behavior with him last season.

Of course Blair denies the importance of it and says they’re “not even friends,” but I’m sure Serena feels differently about it. I once had an on-and-off situation with the love of my life who slept with one of my friends just to prove he wasn’t into me. It only made him feel like a jerk and then I couldn’t trust him ever again.

Not only can I not trust him ever again, but I have this lump in my heart that will never go away no matter how much time goes by and whatever else I go through with one of my best girls. It’s a feeling I don’t think I’ll ever be able to shake off.

Like Adrianna Tate-Duncan (aka Jessica Lowndes) and Erin Silver (aka Jessica Stroup) in the new 90210, I’d probably be the bitch to replace your meds if I knew it could cause such damaging results. As much as I can blame the guy for cheating, I really can’t understand why the girl who sat through all my tears about the same guy can turn around and do the same with him.

It’s almost embarrassing! Why does the guy get a double-win? Navid Shirazi (aka Michael Steger) gets the best of both worlds and completely breaks down a childhood friendship. Is that really possible?

I’ll admit, I’ve been on both sides of this and I can definitely say that you don’t feel as much guilt as you say you do if you betray one of your girls. You definitely deserve to be un-friended, no matter what happened.

And that whole thing about “‘no bitch ever broke up a happy marriage?” Nonsense. You gave the option, he took it. And we all know he’ll always take it.

Do you think it’s okay for your friend to hook up with your boyfriend, even if you’re not dating him anymore?