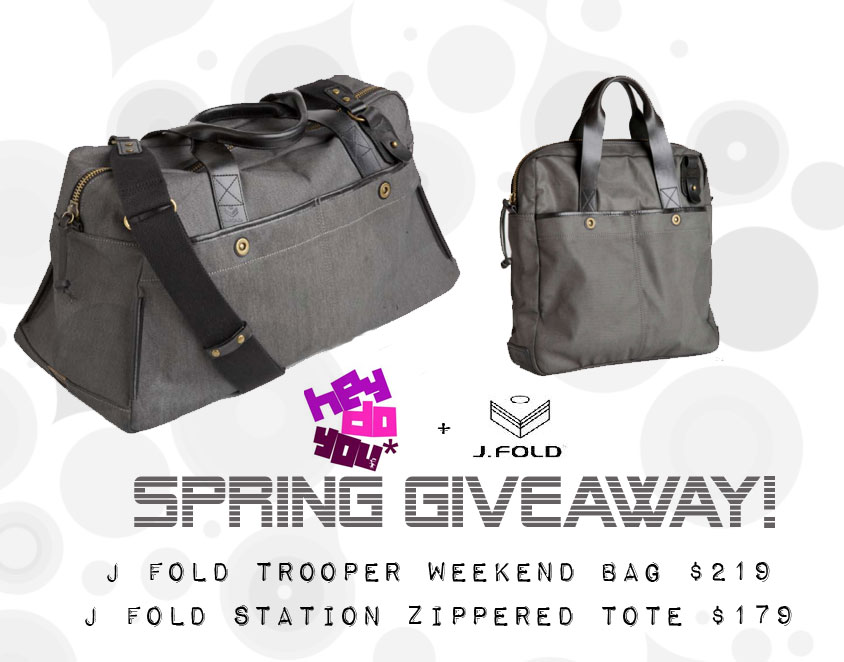 Trips are always fun but when I saw these two J Fold bags, I imagined the entire summer escapade with my ‘Beckham’ type perfect guy and this would be his luggage. Featured on GQ, Details, Bloomingdale’s, Nordstrom.. You know I am in love.

I imagine us showing up at the resort, checking in and the Trooper toss casually onto the 5 star hotel bed and giggling while he smothers me with kisses.  So… We got the luggage here – and now we are just looking for that guy!  If you think you are that guy – these 2 bags are yours!

1. Like J FOLD on Facebook and write on the wall what you would pack for 3 day vacation

3. The bags I have for the giveaway is in CHARCOAL, tell me the other colors it’s available in. 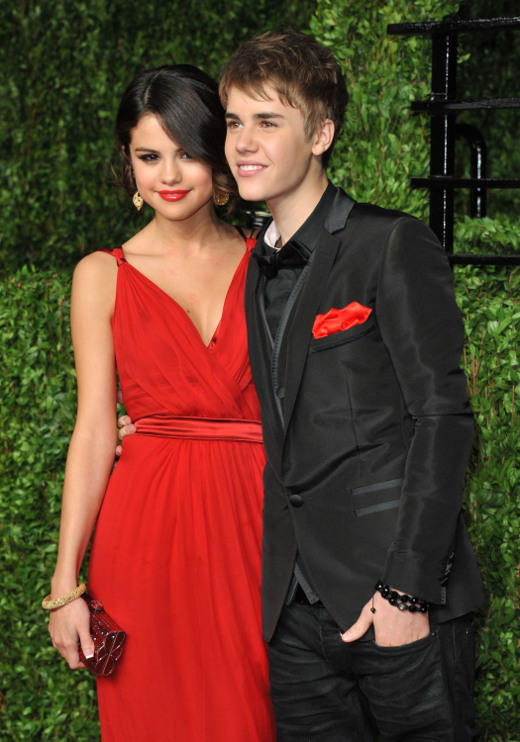 “I am thrilled and honored to host the MuchMusic Video Awards” said Selena Gomez. “I look forward to seeing all my Canadian fans and kicking off the summer together.” 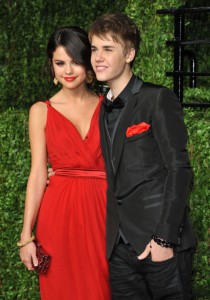 And we are so excited to have her! She’s cute and talented & she clearly likes products of Ontario. lol.

I’ve personally been a fan of Selena Gomez since her first season on Wizards of Waverly Place, I know a few little ones who love her too. But as time goes by, people grow, and Selena  has become this gorgeous woman. At age 18 she’s seen with our National heartthrob J. Bieber, A-listed with Hollywood’s best & focused on her solo recording career set to tour later this year. Starring in her 5th season of the popular Disney show, Wizards of Waverly Place, we can catch her next on July 1st in the Fox feature film ‘Monte Carlo’, co-starring Leighton Meester & Katie Cassidy.

Selena and previously announced performer… LADY GAGA are the only two official celebrity appearances announced by MuchMusic with more news to come in the weeks ahead. The city is warming up and the buzz of the 2011 MMVA’s is getting louder!!! Follow the countdown to the MMVA’s on muchmusic.com or on twitter @muchmusic. Receive announcements on performers, presenters, celebrity guests and chances to win big prizes.

Shout out to the official sponsors of the 2011 MMVA’s:  Coca-Cola Canada, Get a Load of Milk™, Playtex® Sport®, Procter & Gamble, RIM, Rolo®, STRIDE, Virgin Mobile Canada™, and H&M, designer of the official MMVAs wristband

I’m so excited for the show! xo

Just press play, sit back, and enjoy. This is one of those videos you wanna watch over and over again. Big shout out to Andreena Mill, Kyauna Clarke, PG, Savannah Re, and Courtney Taylor; wishing you all the best in all your musical endeavours. 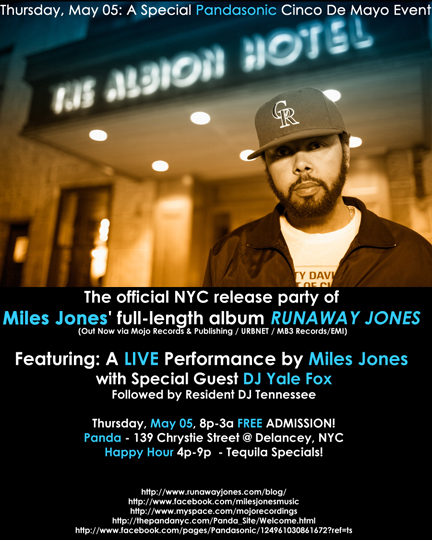 Panda Bar is hosting the soiree – FREE ADMISSION all night long and TEQUILA SPECIALS throughout Happy Hour 4-9pm! YES, ALL THE TEQUILA NECESSARY FOR YOUR PARTYING NEEDS. Plus, no Cinco de Mayo celebration is complete without a piñata…. And we’re filling ours with a special surprise……

I’ve included more information about Miles Jones and his music below. Please let me know if you could make a special posting on your site. Thanks so much.

ABOUT MILES JONES
Hailing from a long line of reputable musicians, Miles’ grandfather Headly Jones Sr. from Jamaica started Studio and was arguably the first to invent the electric guitar. His father Headly Jones Jr aka Deadly Headly was a DJ on CFNY and an early Toronto Club DJ pioneer. Miles went on to create a unique sound that honors the true origins of hip-hop and collaborate with A-list industry including Percee P, Detroit-based producer Black Milk, and most recently, Grammy award-winning producer Boi 1da. Miles has been the recipient of distinguished awards from the Billboard World Song Contest for “Hip Hop Song of the Year” (2010) and the Independent Music Awards for “Hip Hop Song of the Year” (2009) and “Hip Hop Artist of the Year” (2007). His music has been featured on major networks and hit television programs including CBS’ CSI: Las Vegas and the 2010 Winter Olympics. Most recently, Miles’ Boi 1da-produced single “Never Wrong” was nominated as a finalist for the International Songwriting Competition.

“Those looking for the new names in hip-hop should perk up their ears the direction of rising Toronto rapper/producer Miles Jones, who offers up a mix of R&B, electro, reggae, and pop influences on his polished sophomore album, ‘Runaway Jones’. – AOL Spinner