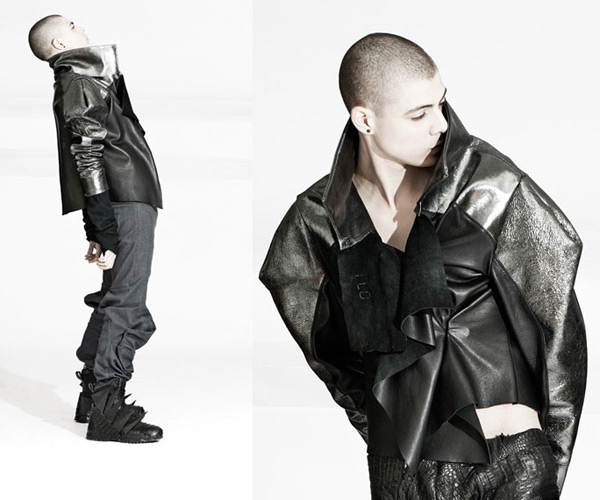 24 year old designer, GAGA’s fav and the next come up kid that will be come a household name.  While taking business courses, Asher independently began creating conceptual designs out of the basement of his West Village apartment. His experimental outfits were adapted by many nightlife personalities and could be seen across the New York underground club circuit. Asher’s debut Fall/Winter 2010 collection came shortly after his graduation, at which point Asher started creating outfits for various prominent performance artists. In September of the same year, Asher’s Spring/Summer 2011 collection was shown in a presentation from his midtown showroom.

Asher Levine is heavily influenced by the natural world, and often pulls inspiration from organic, biological and scientific sources. An inherent terrestrial presence can be seen in his work, and his pieces reflect his trademark reorganization and abstraction of shape and form. Asher’s unique design aesthetic seeks to evaluate and challenge the industry’s standardized corporal limitations on the human figure.

Who: Asher Levine
Why: fashion designer, out of the box thinking, pushing the envelope
What: Pisces
Where: NYC
How: Creating Gaga’s straight jacket and oversize motorcycle jacket for Rolling Stone Mag
FB Friends in common: 3
Do I really have to explain?

www.asherlevine.com
*HeyDoYou is for the cute, clever and connected*
0 Comments
0