After reading numerous Tweets about Glee and seeing the cast members at the Grove last week – I started watching this show on HULU and free tv websites.

So far I have seen Episode 1, 14 and 15.  If you haven’t seen this show or heard of it – You need to!  It’s fast paced, funny and very real.  It’s by the creators of Nip/Tuck and successful because of it’s strong cast member, talented singer and very very very strong characters.  The teachers are hilarious and the students are oh so real.  If you are a fan of FAME, Rent and Moulin Rouge then you will like this Musical Comedy show.  It’s on Fox every Tuesday and for you TV-less people, you can watch it online for free like me :).

This is totally a show for one-liners and amazing quotes.  My fav so far is. “We are all losers, only 1/2 will ever leave this town and even less will go to college etc…” so true right?  Great scene.  There are so many lessons taught within the jokes and songs. I love it ^_^


Here is the official write-up. From Ryan Murphy, the creator of “Nip/Tuck” and “Popular,” comes GLEE, a one-hour musical comedy that follows an optimistic high school teacher as he tries to transform the school’s Glee Club and inspire a group of ragtag performers to make it to the biggest competition of them all: Nationals.

McKinley High School’s Glee Club used to be at the top of the show choir world, but years later, a series of scandals have turned it into a haven for misfits and social outcasts. WILL SCHUESTER (Matthew Morrison, Broadway’s “Hairspray”), a young optimistic teacher, has offered to take on the Herculean task of restoring McKinley’s Glee Club to its former glory with the help of fellow teacher EMMA PILLSBURY (Jayma Mays, “Ugly Betty”). It’s a tall order when the brightest stars of the pitch-imperfect club include KURT (Chris Colfer), a nerdy soprano with a flair for the dramatic; MERCEDES (Amber Riley), a dynamic diva-in-training who refuses to sing back-up; ARTY (Kevin McHale, “Zoey 101”), a geeky guitarist who spends more time avoiding bullies than chasing girls; and TINA (Jenna Ushkowitz, “Spring Awakening”), an awkward girl who needs to suppress her stutter before she can take center stage.

Will’s only hope lies with two true talents: RACHEL BERRY (Lea Michele, “Spring Awakening”), a perfectionist firecracker who is convinced that show choir is her ticket to stardom; and FINN HUDSON (Cory Monteith, “Kyle XY”), the popular high school quarterback with movie star looks and a Motown voice who must protect his reputation with his holier-than-thou girlfriend, QUINN (Dianna Agron), and his arrogant teammate, PUCK (Mark Salling).

Driven by his secret past, Will is determined to do whatever it takes to make Glee great again, even though everyone around him thinks he’s nuts. He’s out to prove them all wrong – from his tough-as-nails wife TERRI SCHUESTER (Jessalyn Gilsig, “Nip/Tuck”) to McKinley’s cheerleading coach SUE SYLVESTER (guest star Jane Lynch, “Best In Show,” “Role Models”) to an über-hip world that thinks jazz hands and sequined tuxedos litter the road to infamy rather than pave the way to Hollywood dreams.


*HeyDoYou is for the cute, clever and connected*

0 Comments
0
Malibu found three up-and-coming Toronto artists and asked them to create unique designs using Malibu by U bottles. Check out the making of their designs here.

Visit www.malibu-rum.com/byu to create your own virtual Malibu by U bottle and to view a gallery of real and virtual designs
*HeyDoYou is for the cute, clever and connected*
0 Comments
0 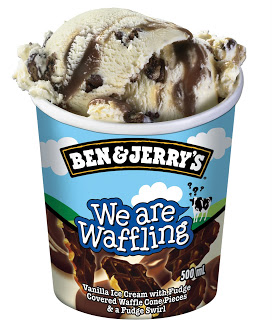 Ben & Jerry’s is calling on Canadians to help name their newest ice cream creation! Temporarily named We are Waffling, we’d love for you to help spread the word – or even come up with a creative name yourself for this delicious chunk-filled pint!
Right here
*HeyDoYou is for the cute, clever and connected*
0 Comments
0 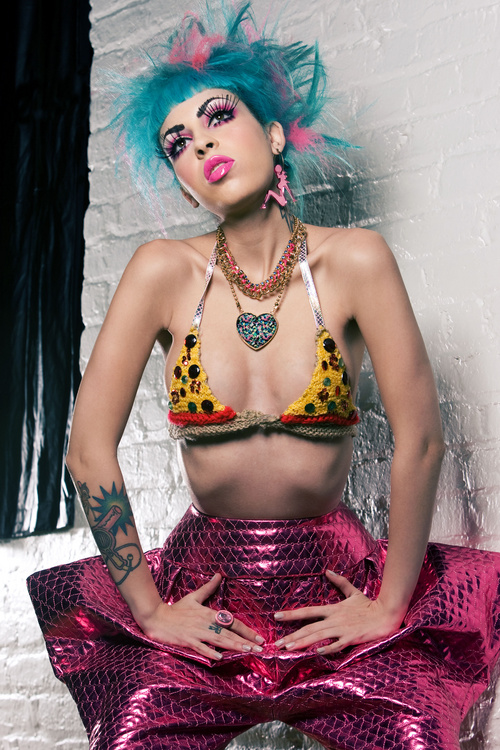 I just love her.