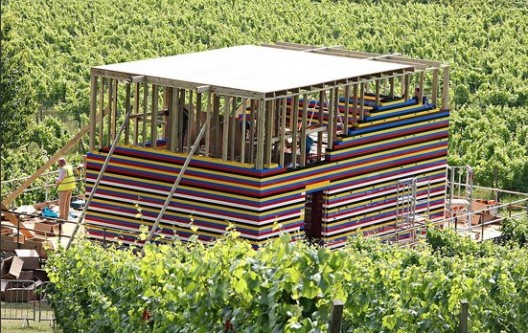 I loved toys as a kid! I had the big Barbie house, and ALL the accesories (150 barbies, and tonnes of other stuff I won’t even bother listing lol… *don’t judge me*). I was only allowed to watch TV from 5-8pm so what else was I supposed to do with my time?
Majority of us played with LEGO, or even owned a LEGO set at some point during our childhood; we built houses, cars, whatever. But James May, a toy fan over in the U.K did something that I would put in the AWESOME category! He built a two-story LEGO mansion (with a fully functional washroom; shower & toilet!), in the middle of a vineyard in Surrey, England. “Damn, that’s a lotta LEGO”, I know I said the same thing; approximately 816 million pieces.

According to Geek.com, they were going to move this awesome creation to the Legoland Park in Windsor, but it cost too much money to move it there sooo long story short, they destroyed it! *tear*

“It was only ever meant to be a temporary structure, they were hoping that it would be going to Legoland, but they have made the decision not to take it”– Jeanette Simpson Vineyard spokesperson.

In case you’re wondering what happened to the millions of LEGO pieces, they were donated to a charity 🙂 *least some good came out of it :)*

Thanks for the pics Contaminated.com!
*kisses*
♥Bella♥ 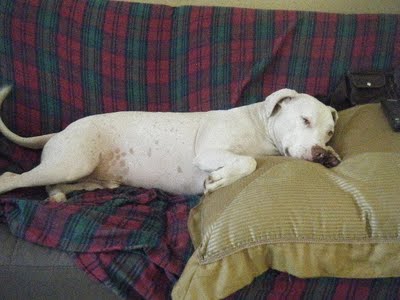 “Each one has to find his peace from within. And peace to be real must be unaffected by outside circumstances.”

*for the cute, clever and connect. Follow this blog!
148 Comments
0
Toronto musicians rip a page from the U2 Songbook and make it their own in their particular genre ranging from ROCK to TRANCE to BLUES to HIP HOP and more!

Supporting the Stephen Lewis Foundation and their crucial 300 on-the-ground projects in Africa working to help women, orphans, grandmothers and people living with HIV/AIDS.

One-night only discount on U2 themed tattoos.