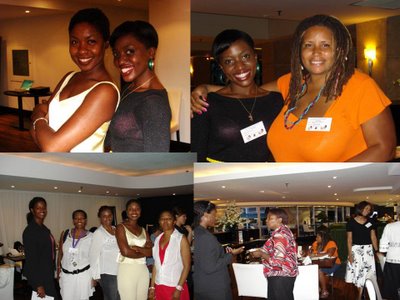 “Women’s Enterprise Canada (WE) is committed to promoting the the businesses and services of todays professional women, international Women’s Enterprise networking groups of bureaus and to provide practical training to upgrade their overall performance.” 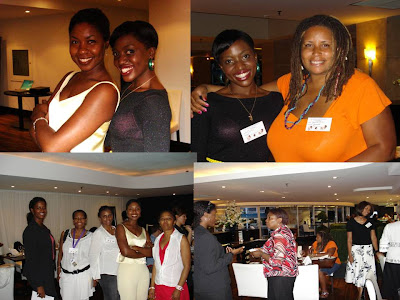 Top left: Me and Lisa!
Top right: Me and Jessica Carter: key make-up artist Degrassi: The Next Generation 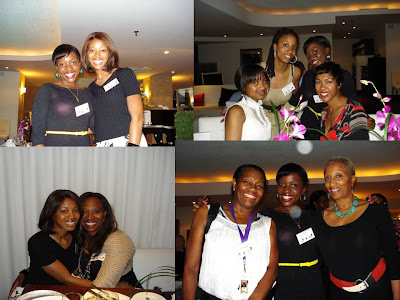 Lots of lovely ladies doing BIG Things in the world! 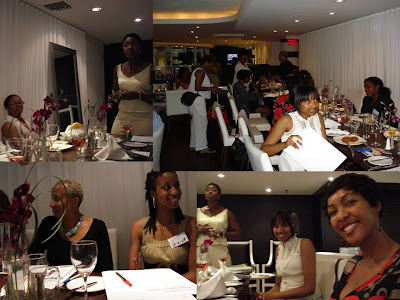 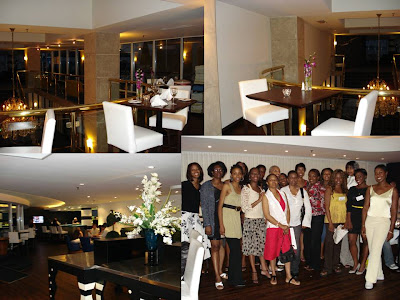 I recently attended the Women’s Enterprise Canada: Meeting of the Minds Launch event, lead by the amazing Lisa Small of WE at the stunning Four-Diamond Award Winning Watermark Lounge: Radisson Hotel Admiral-Harbourfront. The Meeting of the Minds Meeting is about problem solving issues in your business. This isn’t one of those long boring meetings where they give you all that generic advice on what you “should” do in order to succeed. This meeting is the REAL DEAL, straight goods.
I met so many amazing women that are doing BIG things right now! I feel so proud to see women who have taken control in what society likes to call a “man’s world”. As a young entrepreneur it was encouraging to see that so many other women have done it, and it definitely gave me a HUGE boost of confidence. This meeting furthered my belief that if you have a dream, all you have to do is get up and MAKE IT HAPPEN.
Some of the meeting points:
Get an Assistant
Set Monthly Action Schedule
Connecting with Resources
“We need to invest in each others’ businesses to thrive“– Lisa Small
“Separate your personal from your business advancements. Calls between 9am-5pm are for business only”– Lisa Small
“You need to have ENERGY! Have the goal to keep your kingdom going!“– Lisa Small
“In business you need alliances…”– Lisa Small
This meeting was so informative, and extremely refreshing. Lisa has tonnes of passion when she speaks, and this is the same passion we ALL need to apply when talking about our businesses. We need to believe in what we’re saying in order for the others to do the same.
Starting July and each month after that, 25 business women will be invited to a special Meeting of the Minds at the Radisson Hotel. The closed door boardroom meeting holds the secrets to success! The women lucky enough to walk through these doors will not only strengthen their businesses, but will also be up for a vote to receive a W.E.Can Cheque: which is an investment made by the contributors of the group and additional amounts received from the entry fees. The names and business of these women will automatically be nominated for the Women’s Enterprise CANADA Business Awards at the upcoming Women’s Enterprise Conference in 2010.
July Meeting Reservation Fees are:
$50 per month early bird July 16th
$75 until registration closes on July 26th
This will be a closed meeting NO DOOR Registration.
New business owners must sumbit Executive Summaries before the 5th of the month they attend.
So ladies, it’s time to put the cattiness aside, and unite. THERE IS MONEY TO BE MADE, AND IT’S OURS TO GET!
For more info on Women’s Enterprise, click here
xoxo
Bella
HeyDoYou is for the cute, clever & connected.
0 Comments
0 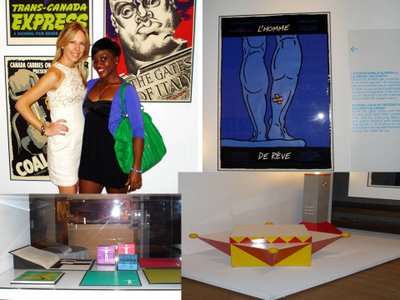 The Design Exchange was proud to announce the exhibition of Quebec Design: 75 years of works from the collection of the Musee national des beaux-arts du Quebec, this past Monday.
The exhibition is the first collaborative effort by the Musee national des beaux-arts du Quebec and the Centre de design de l’Universite du Quebec a Montreal. I was lucky to be one of the people in attendance at this eye-pleasing and informative event!! I saw lots of great pieces, and enjoyed a variety of delectable hors d’oeuvres! 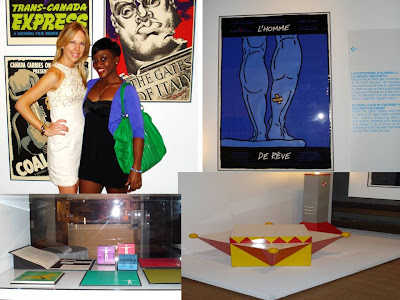 Me and Katie Lister: Director of Development:Design Exchange 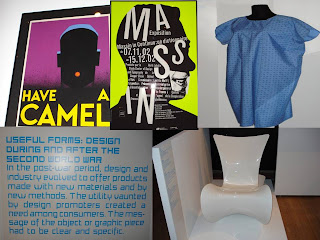 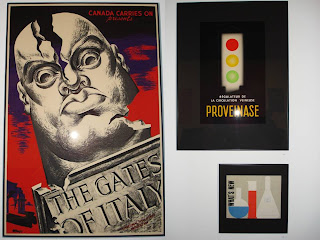 The piece to the left was my FAVE!! 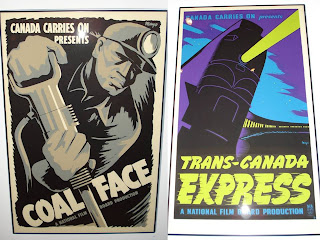 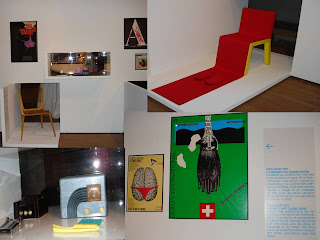 Exhibition Overview:
This project has two purposes. The first is to provide an overview of the history of design in Quebec, and the second to which more than half the exhibition is dedicated, is to examine the contemporary period in design, sequenced to enable exploration of design landscapes from the late 1970s to the present.
The exhibition is arranged around the following themes:
Straddling Tradition and Innovation: The Pre-Wars
Useful Forms: Post-War Design
Man and His World: Design in the Throes of Change
From Performance to Provocation: Contemporary Design
Performance: Efficient Design
Pushing the Envelope: Technical Design
Social Engagement: Responsible Design
Utilitarian Beauty: Formal Design
The Essential Superfluous: Decorative Design
Polemics: Provocative Design
To find out more about the Design Exchange click here
xoxo
Bella

HeyDoYou is for the cute, clever & connected. 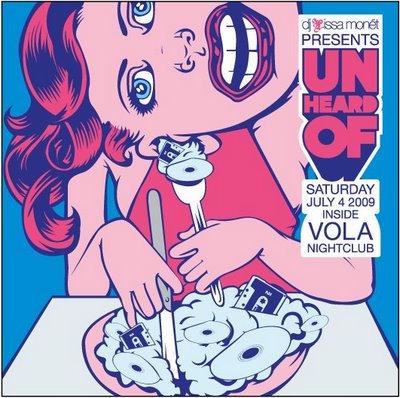 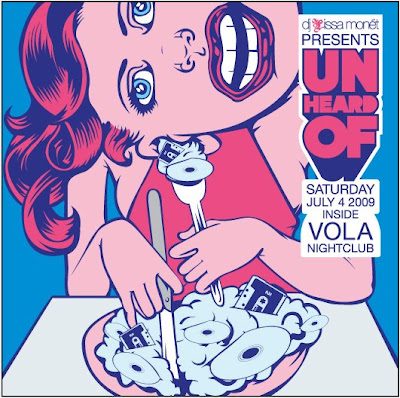 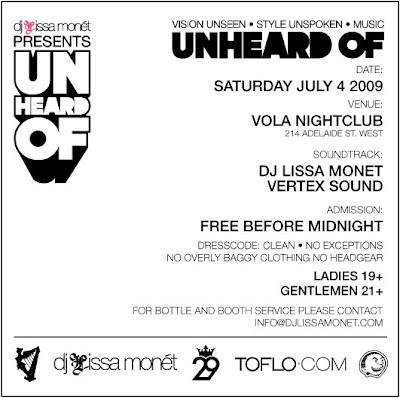 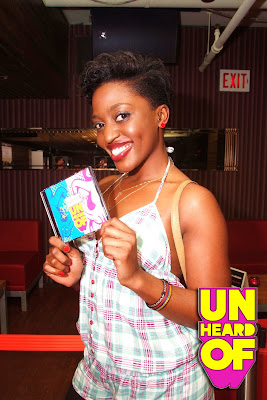 That’s Right!!
All I’m saying is, IF YOU DON’T KNOW, THEN YOU NEED TO GET FAMILIAR!!
Yes for the 2nd Time Coming this July 4th, DJ LISSA MONET PRESENTS UNHEARD OF @ VOLA NIGHTCLUB: 214 Adelaide St. W. (between Duncan & University)
Vision Unseen. Style Unspoken. Music Unheard Of. Come on T.O, if you guys are REALLY looking for a different kind of party, with some good looking people, and some REALLY REALLY GOOD MUSIC, then I suggest you mark your calendars. This is where YOU need to be this Saturday.
Unheard Of music provided by:
DJ Lissa Monet: 2009 Stylus Awards Female DJ Of The Year
Vertex Sound: Toronto’s #1 Reggae Sound
Download DJ LISSA MONET presents: UNHEARD OF vol.002 here!!
Download the DJ Lissa Monet presents: Unheard Of vol.001
R.S.V.P Here!
Shout outs to Clout Entertainment!
Mixtape Artwork by Darkie
xoxo
Bella
HeyDoYou is for the cute, clever & connected.
0 Comments
0

Lotta people are up in arms about the quality of the video Kanye directed for Drake.

I just took the video for what it was. TNA. And I thought Drake was hilarious in the cut scenes.
“Take that D! Like the Champions you are.”

I also think the fact that Drake’s team lost speaks volumes to exactly what most people are upset about.

At first for this video, I was taking myself way too serious and trying to do some, like, epic sort-of-intimate video … that would have been cool, but the song is too fun for that,” Drake told us on the Brooklyn video set. “So when we were in the studio one night — me, Kanye and Big Sean — we were actually recording a song. And ‘Ye … it oozes out of him, creativity … he was just being creative Kanye, like, spewing out ideas, and the day after, I texted my manager — we have the same manager — and was like, ‘Yo, Kanye’s idea was actually the best out of all of them, see if he’ll do the video.’
“I don’t know if at that point he knew he was gonna be directing the video,” he continued. “It was more an idea like, ‘It’ll be funny if we do this.’ Then it turned into ‘Let’s do this.’ “

The Kanye-directed clip is a decidedly lighter take on things.

The video was filmed Sunday at a high school basketball gym where Drake’s collection of “bests” manifests as the roster of a basketball team.

“Some of us younger men, we refer to our affiliation with women like a roster,” Drake said, explaining the concept. “You have key women in your life when you’re single and doing your thing.”

But Team Drake faces some stiff competition in the clip — the opposing females aren’t so smitten with the rising rap star. Despite the humor in the theme, Drake said the film will be shot to make it have a “Basketball Diaries”-like feel. There’s no “Degrassi” hook to the clip, even though a young Drake played a high school basketball player in the teen series.

Cameos for the video will include Trey Songz, Fabolous and Drake’s Young Money family: Nicki Minaj, Jae Millz, Lil Twist and Lil Chuckee. Kanye was on set, of course, as was his love interest, Amber Rose, and Common. Rihanna, recently rumored to be dating Drake, was present in New York the night before, but the “Umbrella” singer wasn’t on the closed set.

Consensus say no bueno… YouTube comments say that Kanye straight robbed Drizzy. I am not feeling this video… either.. the ‘I’m so Fly” aka Philly cream cheese vid is much better in comparison. Lil X vs. Kanye West? Drizzy is new talent, maybe it’s time he got some new talent video directors who are on his wavelength to direct his videos. Disappointed.

Fail, this video is crap Kanye West needs to give Drake is money back or shoot another video. Who is approving shit at Young Money anyway is his head full of rocks? Cool song but this video is not cute at all.
b5luver1793 (1 minute ago) 0 Reply
I mean I love this song and Drake but this video was really bad. I didn’t even watch the entire thing cuz I serisouly didn’t get how the words and this went together. =| Come on now.
suparealer (5 minutes ago) 0 Reply
If you want to be a pervert this video is great. Great shots of titties, some of the best I ever scene but this does nothing for this song at all just pushes more stereotypes back in to hip hop. This is like watching Degrassi??? C’mon. Major Fail. Kanye West always wants to be the center of attention and Drake made a big mistake letting him direct his video and fuck it up like this. I wonder if MTV and BET are going to bang this like the radio is?
kaliyah71107 (5 minutes ago) 0 Reply
Ooohh so I get it…the “team” represents the girls that think they are the best. and all he teaches them to do is “stretch”( have strictly sexual relationship,doesn’t really care about them, his HOES!) And and I think that Kanye was trying to go a different direction with the with it….He was trying to make you think. And it took me a minute to get it. I think it’s a good way to look at it..the video was beyond the lyrics..It’s refreshing to see!