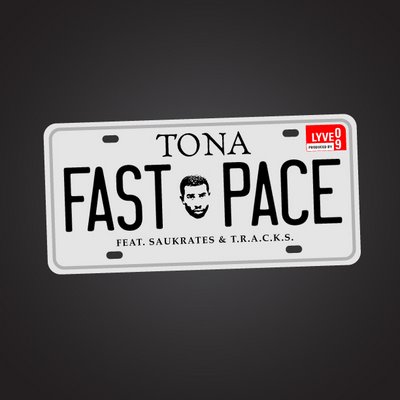 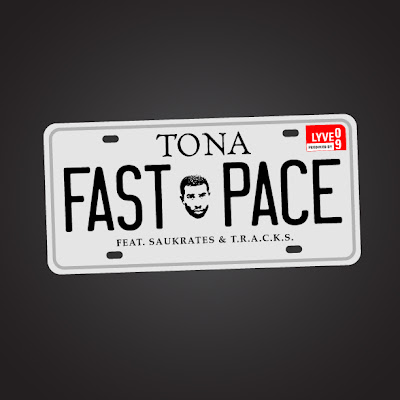 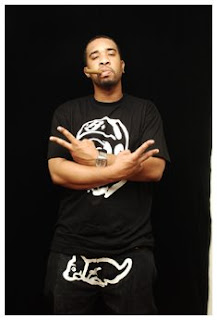 This Canadian MC from Toronto represents for the disenfranchized youth of the Chester Le housing community; a low income housing complex in Scarborough, Ontario. When he first got onto the rap scene it was in a rap group called YOUNG N.A.P.P.S., consisting of other local artists from his old neighbourhood. The name Tona came about because of his distinctive tone of voice, but he always use to compare his lifestyle at one point to the Daytona 500, so he incorporated the two (although he recently changed his name from Daetona to Tona due to fans confusing him with Black Jays affiliate Daytona from the Bronx).

Watch the video for ‘MAJOR’ from the Direct Deposit album:

Direct Deposit is the collaboration album between Tona & Lyve. The project is available on iTunes/Amazon & in stores across Canada now!

Tona is also on Myspace. 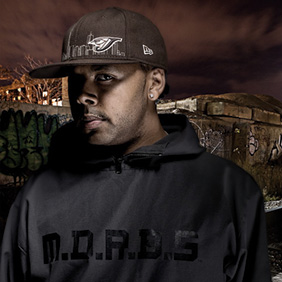 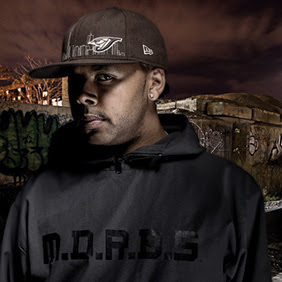 Miles Jones is a rising star in the Toronto hip-hop scene, but for those who know him best this does not come as a surprise. Bass runs through Jones’ veins. His grandfather helped pioneer the reggae movement at Studio One in Jamaica where Bob Marley and many others recorded their first big hits, while his father Hedley Jones aka Deadly Hedley Jones Jr. was an influential DJ on CFNY-FM and the early Toronto club scene.

The future is bright for this young emcee, Miles a man of great drive and passion has taken responsibility for his own destiny, funding and executive producing his new album Runaway Jones. Miles had the chance to work with some of his childhood icons as well of some of today’s rising stars, including the first single Never Too Late that was produced by Detroit’s Black Milk. 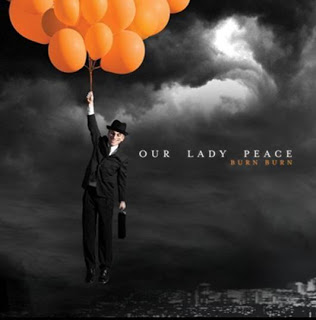 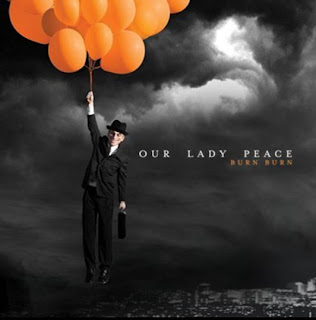 OUR LADY PEACE SET TO RELEASE THEIR 7TH STUDIO ALBUM, BURN BURN IN CANADA AND THE U.S. ON JULY 21ST:
Burn Burn marks the first studio album from Our Lady Peace since 2005 and is a return to the hard driving rock songs the band displayed on their breakthrough debut release, Naveed. As Raine explains, “We’ve come full circle and the music is just stripped down, full of raw energy. It feels like a proper rock record again.”

The video for the first single “All You Did Was Save My Life” features 90210 star Shenae Grimes (pictured to the right) view it here.

Self-produced in lead singer Raine Maida’s Los Angeles home studio, the 10-track Burn Burn (in stores July 21), marks the longest period between studio albums for Our Lady Peace. It also signifies a sonic and philosophical rebirth. The band now enjoys a creative and professional freedom that they haven’t experienced since the release of their now classic debut. 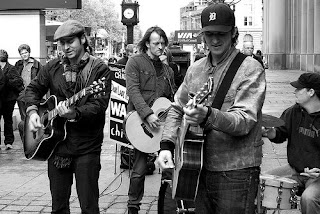 “I think about the way we made Naveed,” Maida recalls. “We were just starting, we knew nothing about the business and we had no expectations. It was four guys in a room just trusting their instincts. We went back to that. ‘Liberating’ doesn’t really even sum it up.”

OLP will hit the road across North America in support of the release this summer. Several Canadian dates have already been announced and more details on touring plans can befound at:
Official Band Website
MySpace: Our Lady’s Space 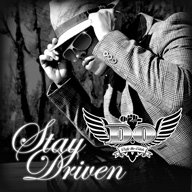 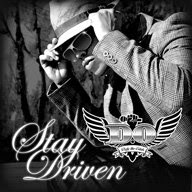 Throughout his young career, D.O. has done it his way, using his artistic skill, creative vision and business acumen to book hundreds of shows across North America (including several cross-Canada tours) and sell thousands of CDs. That’s a quick snapshot of what D.O. (aka Defy the Odds) has brought to the Rap game. And, he’s just getting started! 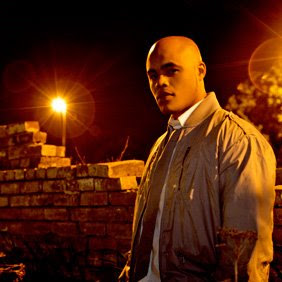 I had a chance to hear the album today. From the album’s intro (D.O. doing the sound effects of a car going from 1st to 5th gear) I could tell I was in for something a little different.

When the beat dropped on ‘Watch Out’ I could have sworn I was going to hear Bob Seger scream out “Just take those old records off the shelf!” LOL, I don’t know if I was hearing things but the piano on the track sounds a lot like the piano on ‘That Old Time Rock and Roll’ to me; which probably made me enjoy the song all the more when the bass line came in.

D.O. seems to have a lot of those old records off the shelf and on the turntable, as he references his countryman D.L. Incognito and Hip Hop Legend Rakim Allah.

On ‘Now I Understand’ D.O. opens up with a sort of manifesto first verse:
“It wasn’t for the fame, the reason that I got into the game, wasn’t to add a few dollars to my name, only wanted to come and spit flames, be like Rakim and rock a phat gold chain, but now a few things changed, and it ain’t the same when i step off stage, cuz when they holla, say my rhymes made a change, so its different when I sit down to write a page, think it through, can’t come with any rhymes tho, much more than just a punch line flow, its crunch time tho, take a look what’s going on, everyday a child lost as another mother mourns, yeah, so now i understand, travel coast to coast, then reach different lands, microphone in my hand, and, only difference is now we got the plan.”

D.O. and Slakah the Beatchild have A Tribe Called Quest chemistry on ‘Small Town’. This is a track I can definitely relate to, growing up in Brampton, “we be shooting hoops til they took down the rims, over at the park where I got my first kiss”.

The Bully interlude with D.O. beat-boxing blends perfectly into The Bully track, a song produced by Toronto’s own Marco Polo that details a young boy victimized by bullying. D.O. doesn’t sugar coat anything on this track, showing Slick Rick-esque story-telling skills, all the way to grim ending. Perhaps the best song on the album, in my humble opinion.

Stay On It stands out because it’s that kind of track that you can wake up, get dressed, and go out and conquer the world to. “Ambition as far as my eyes can see.”

Music to ‘Stay Driven’ to for real, D.O.’s sophomore effort reminds me of Killer Mike’s I Pledge Allegiance to the Grind because it stresses perseverance through struggle.

After my first listen to D.O.’s album, those were the tracks that stood out to me. I have to say he is definitely up there with Toronto’s finest. With beats from some of T.O.’s best (Marco Polo, Slakah the Beatchild, Classified etc.) and rhymes that actually say something, D.O. is sure to turn some heads and open some ears (and hopefully wallets!) Keep doing your thing homay, or as you’d say STAY ON IT! (pause)

This Grind: his first single

For more info on this multi-talented lyricist, check out www.doyall.com or www.myspace.com/ddoto.

STAY DRIVEN IS SET TO RELEASE ON JULY 7TH
Catch D.O. at the RELEASE PARTY AT REVIVAL THAT NIGHT AT 10PM SHARP! 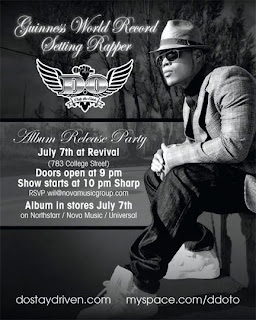 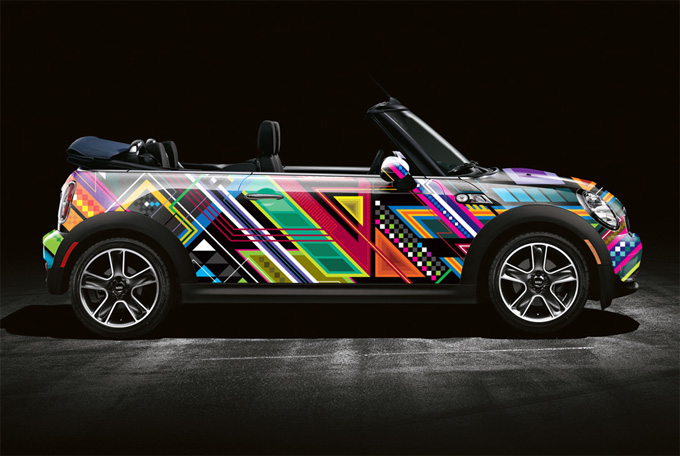 You know insurance companies charge you more if you have a red car, a 2-door and if you are under 25. I wonder what the rates are for me to drive this? Tee hee.

Who does she think she is? She ain’t all that. That that b#*ch to fall back.