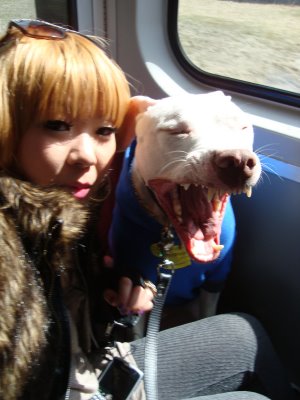 The Toronto Urban Film Festival (TUFF) is programmed on the network of 270 LCD screens on over 50 subway platforms of the Toronto Transit Commission (TTC). The third annual TUFF runs in September, at the same time as the Toronto International Film Festival, offering artists an audience of 1 million daily commuters.

TUFF is based on an open call for participation from both trained professional, and untrained amateur, filmmakers. We accept all genres of silent 1-minute film, video, and animation.

Filmmakers are asked to submit to one of 7 urban-themed categories that engage the imagination of an urban populace.

Urban Imaginary – the hopes and fears that help form our concept of city
Urban Encounters – the moments that make city-living worthwhile
Urban Diversity – the differences that make us stronger
Urban Journeys – the multitude of ways we navigate our city
Urban Ideas – the opinions and politics of an engaged populous
Urban Natural – the living city, both nurtured and oppressed
Urban Secrets – stories about the hidden or forgotten city

Send us a one or two paragraph pitch that describes your 1-minute film idea. The seven submissions that best capture the spirit of the TUFF themes will receive a TSV membership and up to $600 of in-kind support towards both the production and post-production of their TUFF movie. TSV Pitch Award Winners will be screened on the 8th day of TUFF. For more information about TSV: www.trinitysquarevideo.com

Send your short pitch with CV and contact information to: A4C@torontourbanfilmfestival.com.

We are pleased to announce that Don McKellar (award winning Canadian writer-director-actor) has agreed to be our judge for 2009, selecting his top picks for the festival.

Our guest Celebrity Judge chooses the top 3 films of the festival. Each of these is awarded a prize, one of which will be a trip for 2 generously donated by BelAir Travel. Each of our 7 guest programmers awards ‘Best in Category’ to the top film in their category. Audience votes determine the winner of the TUFF Choice award. Prizes are dependent on corporate sponsorship, and will be announced shortly.

For more information or to submit your film online: www.torontourbanfilmfestival.com
TUFF is co-produced by Art for Commuters (www.art4commuters.com) and Onestop Media Group (www.onestopmediagroup.com).